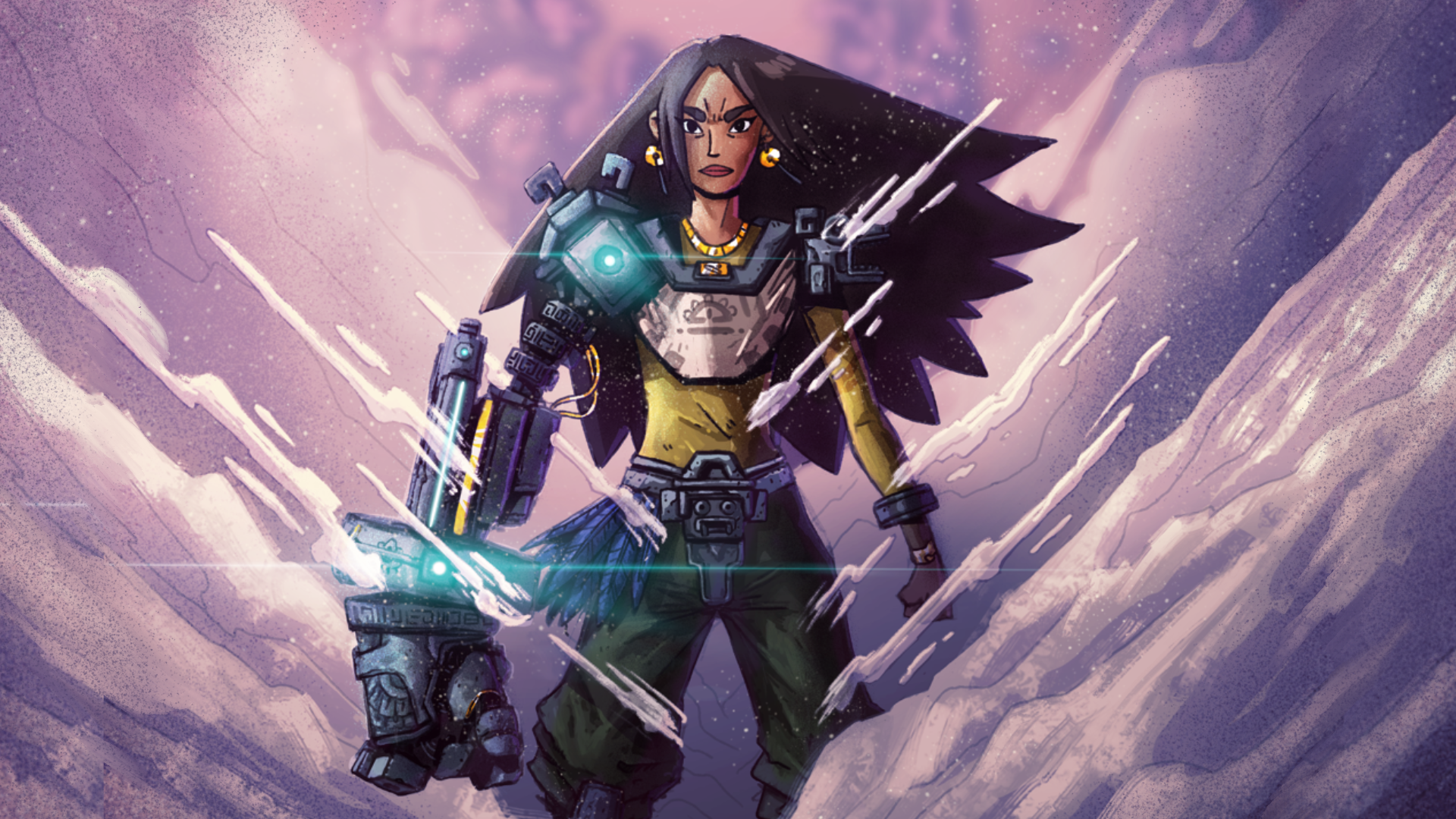 We are happy to share with you the extended announcement trailer for our upcoming title Aztech Forgotten Gods, the Latinx-Futurism cyberstone colossus fighter revealed in the April Nintendo Indie World Showcase, arriving on Nintendo Switch, Xbox One, Xbox Series X|S, PlayStation 4, PlayStation 5, and PC later this year.

In Aztech Forgotten Gods you will:

– Shape an alternate history where ancient Mesoamerica continues to thrive, its shores never touched by other nations

– Beat back the gods rising from beneath the Aztecan capital of Tenochtitlan as Achtli, a young woman equipped with an ancient gauntlet granting her incredible strength and abilities

– Launch rocket punches, grind rails, leap across buildings, and save the people of Tenochtitlan

– Soar through the skies as the superhero of a gripping tale inspired by Aztec legends, cinema, and anime

On behalf of everyone at Lienzo,

Founded in Chihuahua, Mexico, Lienzo’s founders dreamt up an oasis for creative minds. To represent their desire to follow creative visions instead of choosing the industries their surroundings dictated, they named their studio after the Spanish word for “canvas.”

For more information on Lienzo, please visit their official website.